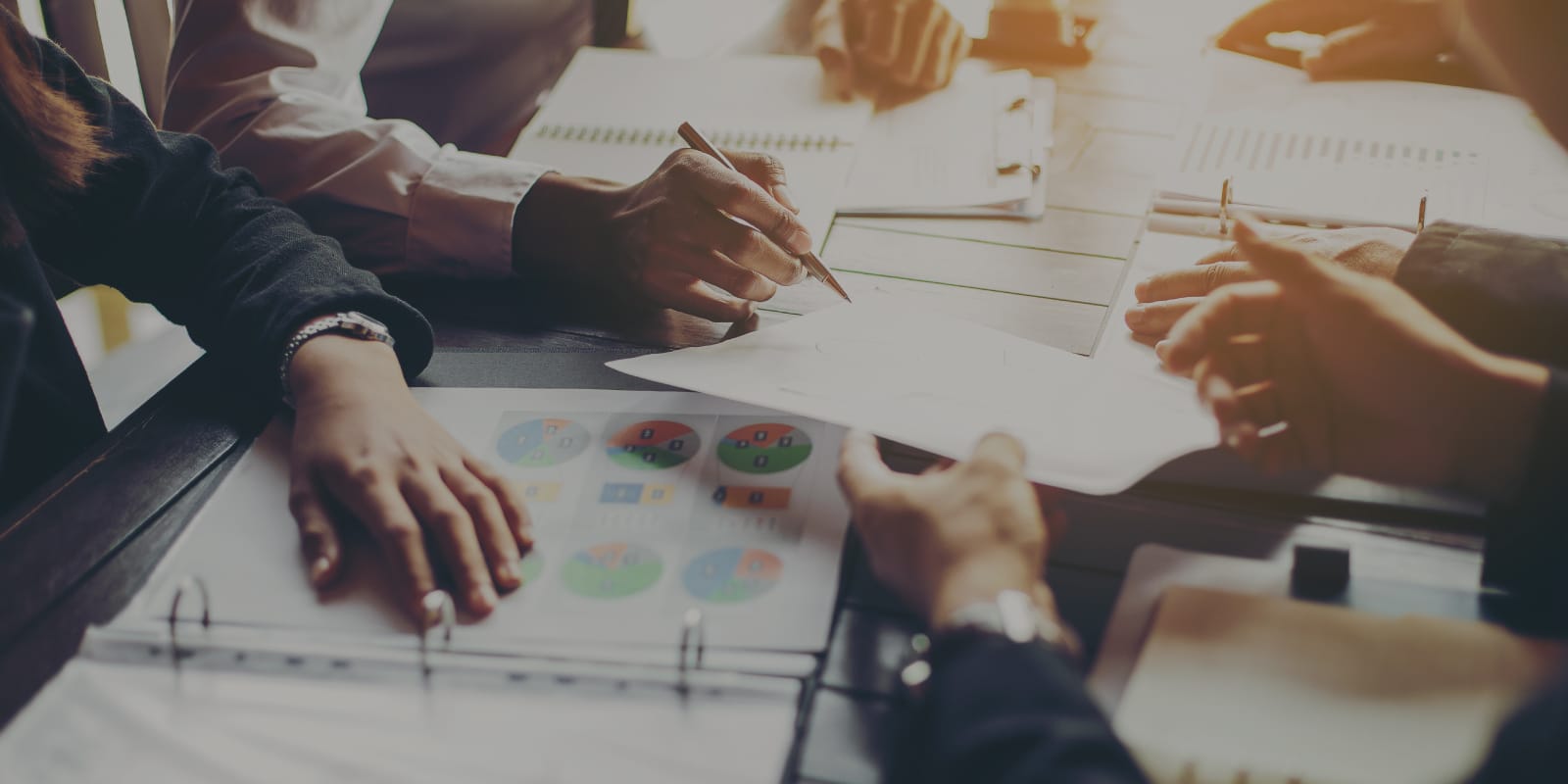 The notoriously unpredictable rand shrugged off credit rating news that was just about as bad as it comes last week. The Finance Minister Tito Mboweni likened the brutal downgrade to the act of attacking a person who is already on the floor while calling for observance of the Queensberry Rule that govern the sport of boxing. Despite the negative ratings review, the ZAR consolidated gains from recent weeks, as excitement about the three vaccine breakthroughs spark hope that the end of the Covid-19 pandemic is close. The prevailing view is that from an economic perspective, as far as the virus is concerned, countries may experience more pain in the short term, but that medium-term prospects are looking more favourable ilmainen porno. The rand, fortunately, has been swept up in this tide of positive global sentiment, maintaining its firmer R15 to R15.50 a dollar range after trading at its highest close of R19.08 in the middle of the pandemic back in April.
Consolidating for a run at best levels since March
Throughout the week the rand couldn’t quite eclipse the developed world commodity currencies  or some of its major emerging market counterparts but it was strong enough to keep the USD/ZAR within arm’s reach of 15.0 with the GBPZAR rate also on the back foot. This was after the South African Reserve Bank leading indicator rose by 1.7% for August, adding to July’s 3.7% increase and suggesting a robust initial rebound from the economy-crushing ‘lockdown’ seen in the second quarter.
Developed and emerging market currencies advanced on the U.S. Dollar Tuesday as stock markets, commodity and risk assets basked in relief after President Donald Trump’s instructed the General Services Administration to begin work associated with a transition to a new administration from January.
The incumbent still contests the election and persists with challenges in multiple states, although that didn’t deter investors from celebrations, which may have been bolstered on Tuesday when the incoming Joe Biden announced former Federal Reserve Chair Janet Yellen as his pick for Treasury Secretary.
All eyes on NFP as Fed keeps markets in the dark
The message being broadcast by the Federal Reserve over the past few weeks has been consistent; the economy needs continued monetary and fiscal support. However, the Fed has given little away in terms of how much additional help they think the economy needs now that virus cases in the US are spiralling out of control again and the Treasury has cut off funding for key emergency lending programs. There were some hints from the minutes of the November policy meeting that increasing the size of asset purchases could be on the cards, but investors’ best bet might be to sift through this week’s important data events.
Things will get off to a slow start today with the PMI data for November and pending home sales for October. The biggest highlight, however, will be Friday’s Non-Farm Payroll numbers. If the employment and jobless readings are much worse-than-expected, they could go some way in pricing in more Fed easing in December. The US dollar is fast approaching a 3-month low against a basket of currencies and those losses could intensify if the data point to looser monetary policy in the near-term.
Fresh doubts about Brexit progress
One other risk-off event could be sparked by a collapse in the Brexit talks. Negotiations between the UK and EU for a post-Brexit trade pact are ongoing and although the two sides have reportedly agreed on about 95% of the deal, the remaining 5% is what could make or break it. The outstanding issues have not changed; fisheries, level playing field and dispute resolution are the areas where compromises still need to be made.  But with less than five weeks before the transition period ends on December 31, time to find a solution to those differences is quickly running out. Monday is seen as the last realistic deadline if an agreement is to be approved on time, though the EU is looking at the possibility of implementing the deal provisionally and ratifying it later in 2021. The pound has slipped on the uncertainty about where the final stage of the negotiations is headed. After rising sharply on hopes that a deal is within reach, the GBPZAR could come down if there is no agreement in the coming week.

“One in two fund managers in this month’s Bank of America survey picked emerging markets as their favourite for 2021. The sector will move “from resilience to outperformance” next year, Goldman Sachs analysts predicted. Renaissance Capital — an emerging and frontier market specialist often wary of making bullish calls — advised investors “to buy anything and everything” in the sector.”

“For all the attention surrounding President-elect Joe Biden’s Cabinet nominations, Yellen’s selection struck a particular chord with women in economics and finance. It’s a relatively small group, and the field has long been criticized for its dearth of women. Yet for decades, women have pointed to Yellen as a trailblazer — one who has not just shattered glass ceilings but also given the women around her hammers of their own.”

“There is some doubt over whether the EU would be willing to take the blame for a no-deal exit by walking away if this week fails to provide a breakthrough. There is the “worst-case” option of the deal being provisionally applied and a vote being held by the European parliament after the end of the year, if further time appears useful, but that is not currently being considered.”

“There is some doubt over whether the EU would be willing to take the blame for a no-deal exit by walking away if this week fails to provide a breakthrough. There is the “worst-case” option of the deal being provisionally applied and a vote being held by the European parliament after the end of the year, if further time appears useful, but that is not currently being considered.”

We now look to the week ahead for market guidance, with much of our focus on how governments will negotiate the virus over the festive season, providing concessions without threatening the health and safety of their populations. A vaccine might be dispensed sooner than a Brexit deal, with talks continuing over the weekend, much to the dismay of pound investors. Locally, the vote-of-no-confidence called against the President by the African Transformation Movement will draw much political commentary, despite the outcome being largely known. While the rand seemingly shrugged off the rating downgrades, market sentiment is highly fickle. Already, incoming evidence continues to support that the South African economy is not in a V shaped recovery, but in a U shape, with a slightly collapsed right arm. 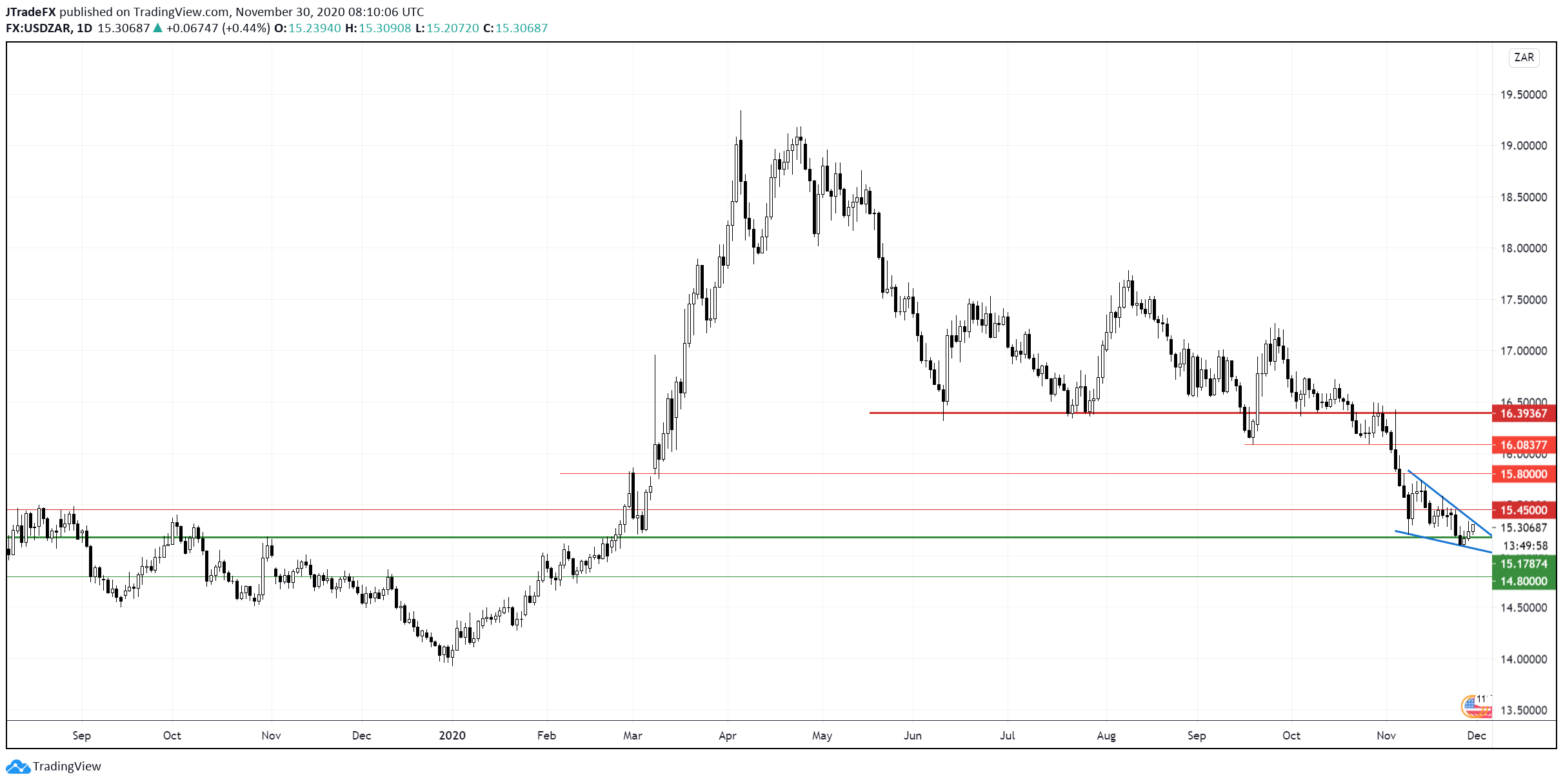 As much as rand outperformance seems stretched and well into overbought territory, the truth is, in the absence of any new news or developments, the Rand continues to feel comfortable at current levels.
Our range for the week is 15.10 – 15.45.