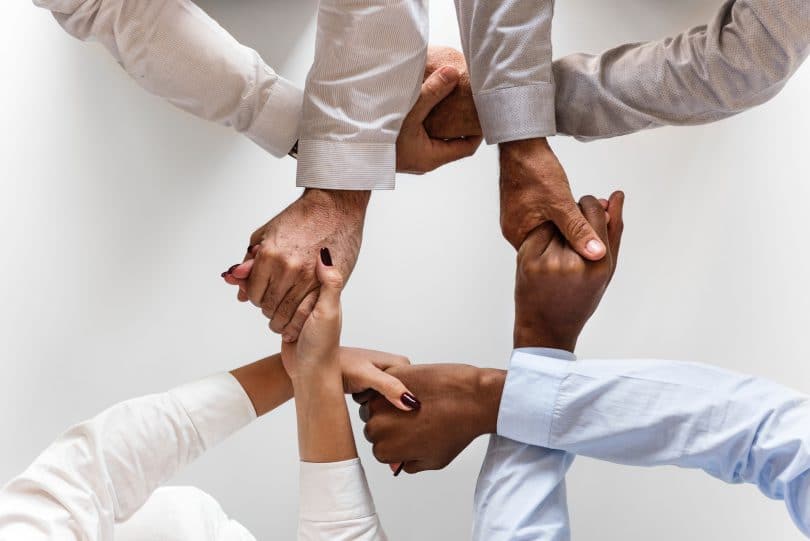 What a start to the year!!!!! To quote Vladimir Ilyich Lenin: “There are decades when nothings happens and there are weeks where decades happen.”

The absolutely crazy and insane pace of South African politics is breathtaking, relentless and brutal as the two factions are fighting each other (literally – see below) to the death. Frankly, it is exhausting and puts a constant layer of stress on all South Africans, all the time – as we have been, are, and will continue to be navigating a tightrope for the foreseeable future.

There is going to be continued political noise for a long time to come and these fights, the misinformation, the vested interests narratives et al are going to go on and on and on.

Something that I thought you may find interesting is the following from a client of ours who (still is) was in the computer industry at the time when the Sahara Brand was underpinning the Gupta empire, who had dealings with the Gupta’s. His take, years ago, was: “I’m in the same industry, I have a similar sized business, but the outcomes are completely different – they live huge and flamboyant lives with all the acoutrements of incredible wealth . I do okay. The outputs simply can’t add up to the numerical reality of the inputs.”

This encapsulates it all – dots were being connected many years ago – and ignored as the State Plunder machine continued its rapacious running amok.

Back to the month view:

Now that the hard work has started and the dust has settled around the CR17 cabinet reshuffle, the other reality that seems to be passing most people by is that the ANC is bigger than any one person. If you recall what Cyril’s face looked like as he emerged to the podium to make his cabinet announcements, there are two points to be made (he looked like he had swallowed – and was still chewing on a huge, not so juicy and steaming plate of camel dung – and he started the session late, in spite of his avowed intention that, under his regime, meetings will start on time):

BUT, as one market commentator put it, we are only one bullet away away from a David Mabuza presidency. I am told that the nice thing about David Mabuza is he doesn’t have any enemies. That requires some clarification – he has no-one that will go on the record as being his enemy.

Something else that is now well into the public domain and is beyond any doubt is the Gupta complicity (aided by many within the governing party) in State Capture. Back in 2009, was when the Gupta’s first came to national attention – as they were associated with the attempted hijack by Imperial Crown Trading (ICT) of the Kumba Resources mineral rights. At the time, one couldn’t believe the brazenness and crudity of the attempt. It looked like it was put together by amateurs and one could’t believe that there could be any credence to the claims. This recalls the old and extremely apt saying: “If it walks like a duck, looks like a duck and quacks like a duck, it probably is a duck.” But at that point one couldn’t believe that a listed company was about to be stripped of their mining rights, by a bunch of amateurs, with the complicity of the government.

Turns out it was a duck, and that trust relationship with government has well and truly broken down over the last nine years.

And when Waterkloof happened in 2013, by that stage, it was simply a “oh, the Gupta’s have done it again and are going to get away it with it again” moment. Which they did for another four years.

The other very important point to be made is that all South Africans owe a huge debt of gratitude to the NGO’s, the investigative journalists, the independent press, the judiciary, the whistle-blowers, and those who stood in the way of the Zupta State Capture machine. Some paid with their careers (e.g. high-profile cases include Anwa Dramat and Johan Booysen of the Hawks) and others with their lives. This is the reality that is not readily acknowledged in polite circles – people were cast aside/ denigrated/ smeared and murdered by this cabal of thieves. There are many other good people and great people who have paid very dearly – and in some cases with their lives – for doing the right thing. Folks such as Moses Tshake, who was a Free State government auditor.

He was asking awkward questions about government projects (including the now infamous Estina Gupta money washing machine, sorry, I meant dairy project). He was hijacked and viciously assaulted in February 2013 (as reported by News 24). He succumbed to his injuries in hospital (which were consistent with being dragged behind a bakkie – head injuries and having his hands broken). Concerns were raised at the time by the hospital staff that his injuries were indicative of torture. His colleague Vuyisile Mlambo was hijacked in April in Bloemfontein, reportedly going on sick leave and requiring psychiatric treatment post the event (one has to wonder what was said/ threatened and the resultant career trajectory implosion). These are the real (and generally unseen and unheard of people) victims of state capture. People who did the the right thing and they (and their families) paid an incredible price for standing up to the Guma machine.

My plea to you is to pick a cause – be it OUTA or Freedom under Law or Noseweek or a political party or anyone else that you believe is doing the right thing for all South Africans or exposing the rot without fear or favour and make a monthly donation to them. Set up a debit order/ standing order and it is done. We have so many good people and so much potential in this country – we need to rid ourselves of those who seek to rape, pillage and plunder.

All that is necessary for the triumph of evil is for good men to do nothing (Edmund Burke – I believe). Never was a truer word spoken.

My fellow South Africans, I implore you to do something. Cyril needs all the help he can and we all need to play our part for a better future.